Healthy Animals, Healthy Communities - What Does AMRRIC Do?

Most people have heard the term “camp dogs” and may have some awareness of the complexities in service delivery that many Aboriginal and Torres Strait Islander communities and their companion animals experience.

But how exactly do communities get help with their animals? What do they need, who supports them, and how can they access assistance?

To learn more about what AMRRIC does, please join us for an online chat on Tuesday July 7 from 12:00pm - 12:30pm ACST. If you are unable to attend on the day, please complete the registration and a recording of the webinar will be made available to you after the event to view at your leisure.

AMRRIC (Animal Management in Rural and Remote Indigenous Communities) is a national not-for-profit organisation that works with remote Aboriginal and Torres Strait Islander communities to improve the health of their companion animals. In doing so, they help contribute to creating healthier, safer and happier communities.

There will be exclusive video footage premiering as part of the event and our speakers will provide individual presentations, as well as leading a panel discussion with questions from the public.

We will also be launching AMRRIC’s new strategic plan.

The webinar will be MC’d by AMRRIC CEO Brooke Rankmore.

Christine Ross will discuss the following:
Cultural connections: Understanding the relationship between Aboriginal and Torres Strait Islander people and animals and the benefits of delivery of animal health and community wellbeing programs in Aboriginal communities.

Working Together: the important relationship between the AMRRIC Aboriginal and Torres Strait Islander Advisory Group and the Board to achieve good outcomes, including Healthy Animals, Healthy Communities.

Places are limited so remember to register! 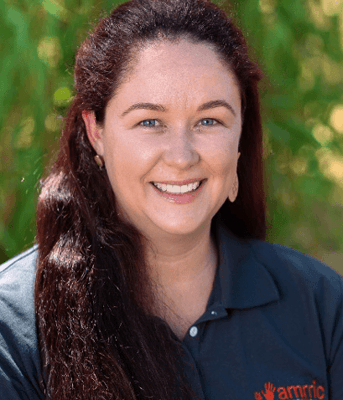 With a passion for rural and remote Australia, Brooke has lived and worked in the Northern Territory for 20 years. Brooke has a Bachelor of Science with Honours, a Doctor of Philosophy and extensive experience in conservation and natural resources management sectors across the Top End.

Brooke's experience extends across a wide range of sectors including territory and local government, private enterprise and not-for-profit. During her time with the City of Darwin she oversaw the Council’s regulation of animal management through by-laws and responsible pet ownership education.

Brooke joined AMRRIC in February 2018 and is proud to lead the organisation as CEO, working with the board, staff, partners and communities to improve service delivery and education for companion animals. 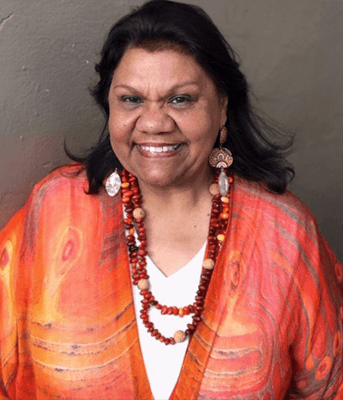 Christine Ross is an Arrernte/ Kaytetye desert woman who was born in Alice Springs and grew up in Darwin. Her career began as a teacher and she was employed by the NT Department of education for 14 Years, which included four years as the Manager of the Aboriginal and Torres Strait Islander Educators Support Unit.

Since this time Christine has held many positions across education, media and resource sectors and is also the Managing Director of her own Consultancy specialising in Indigenous Employment programs, Training, Mentoring and Facilitating Indigenous Conferences and Forums.

Christine has served on several Boards and along with sitting for a three-year term with the AMRRIC board until 2019, she is currently the WA Director of the National Aboriginal and Torres Strait Islander Women’s Alliance and a member of the CHC Heli RAP Group. 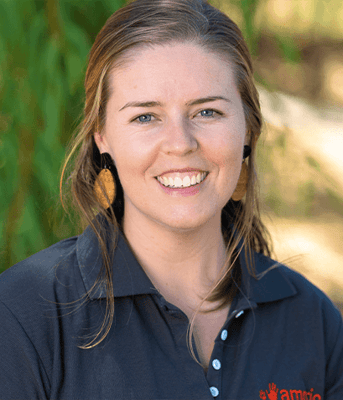 Bonny joined the AMRRIC team in October 2013 having been a strong supporter since volunteering on an AMRRIC dog health program in Kintore in 2008.

Bonny has a keen interest in One Health principles, combining community development, animal health, welfare and conservation to improve animal, human and ecosystem health. She has a Masters in Veterinary Conservation Medicine and has worked in private veterinary practice, animal shelters, zoos and wildlife hospitals.

Bonny enjoys getting out into the field and has been fortunate to use her degree to travel widely. Working in remote locations with a variety of species amid various cultures. Bonny feels extremely privileged to work for AMRRIC, utilising her veterinary training for ‘big picture’ issues with vast reach.